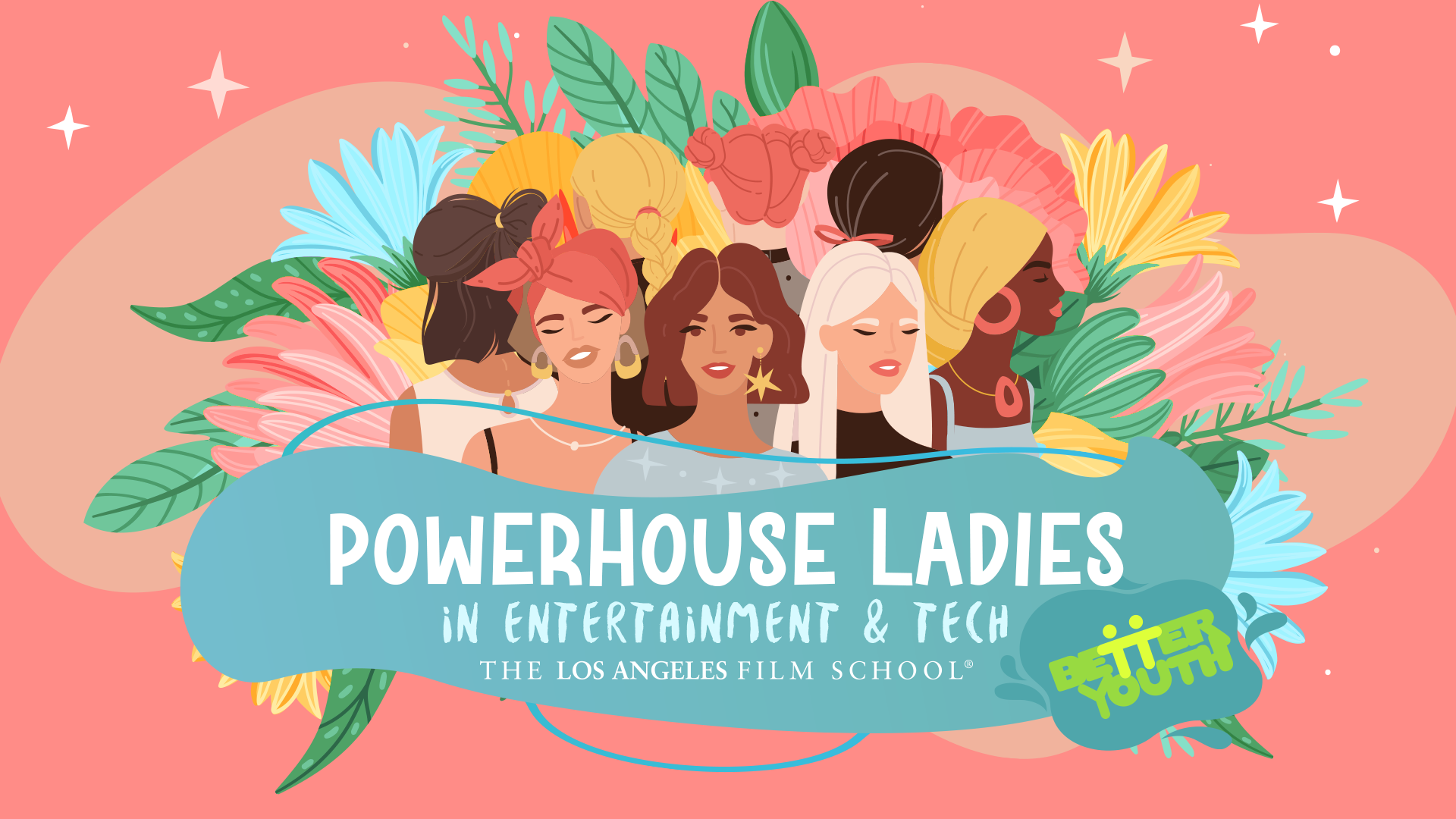 Join us for a panel discussion where we shine a spotlight on, and celebrate the hurdles and successes of, women in Entertainment & Tech. The panelists will also offer advice to students who are exploring careers in these creative spaces! 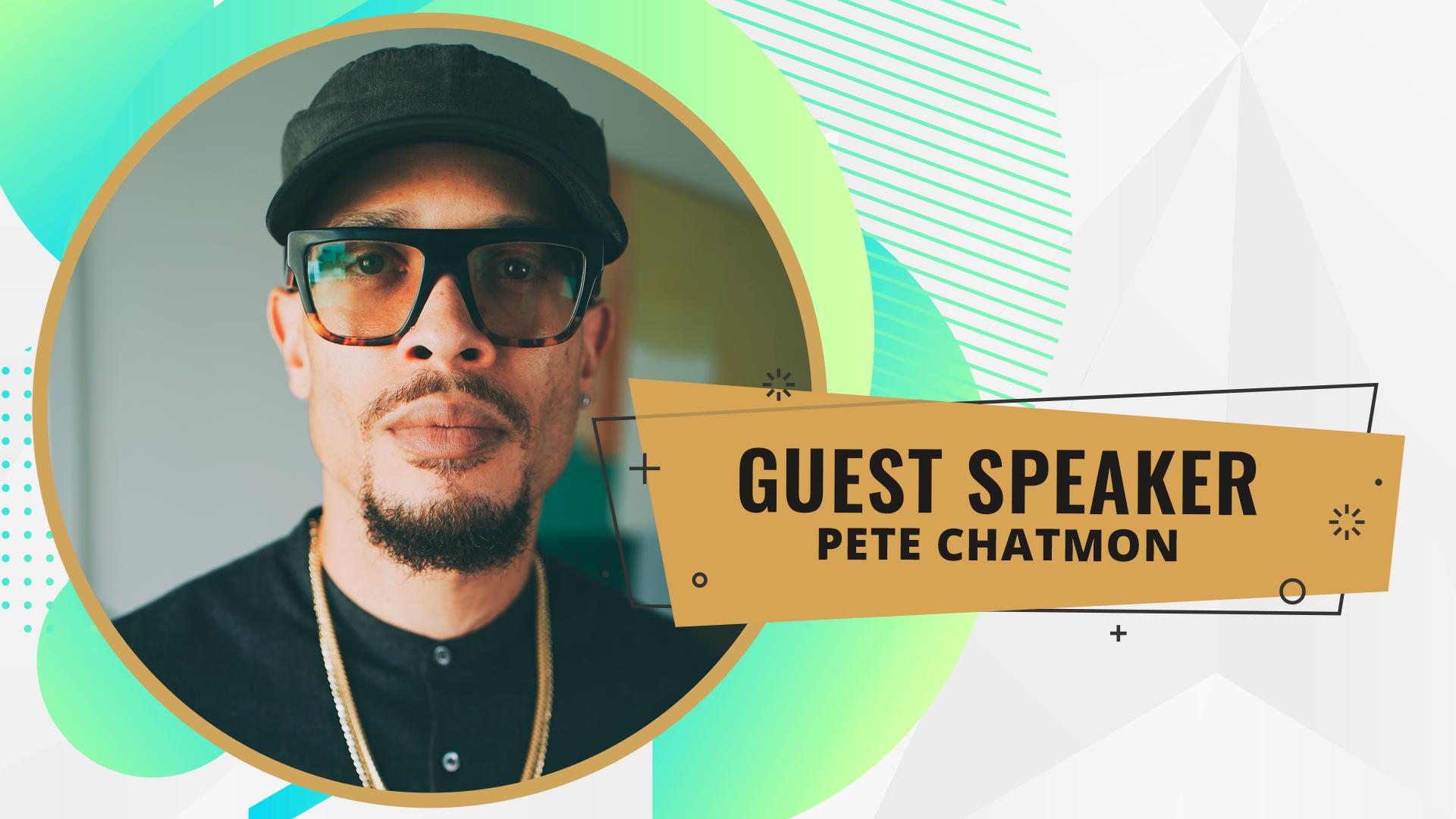 Join us for an in-depth conversation with director Pete Chatmon! Moderated by LAFS Faculty, Jay Zabriskie, the conversation will include best practices for working with a creative team, and the how & why behind the choices directors make for their audience. They will also discuss Pete Chatmon’s new book, “Transitions: A Director’s Journey and Motivational Handbook,” inspiring new directors.

With a deft ability to balance both half-hour single-camera comedies and one-hour dramas, PeteChatmon has directed episodes of HBO Max’s The Flight Attendant, Insecure, Silicon Valley, and Love Life, Netflix’s You and Atypical, ABC’s Grey’s Anatomy, Black-ish, A Million Little Things, Station 19, Mixed-ish and Single Parents, CBS’s All Rise and The Unicorn, Starz’ Blindspotting, FX’s It’s Always Sunny in Philadelphia, FreeForm’s Grown-ish, TBS’s The Last OG, OWN’s Greenleaf, and the Apple TV+ series Mythic Quest. He is in development on The Education of Matt Barnes with Showtime, for which he will direct the pilot and serve as executive producer and is currently co-executive producer and producing director on Reasonable Doubt, the first project to be produced via Hulu’s Onyx Collective. His debut feature as writer/director, “Premium”, starred Dorian Missick, Zoe Saldana, and Hill Harper and premiered on Showtime after a limited theatrical run. Chatmon also wrote, produced, and directed “761st”, a documentary on the first black tank battalion in WWII, narrated by Andre Braugher. He received the Tribeca Film Institute “All Access” Program’s Creative Promise Narrative Award for the heist screenplay “$FREE.99”. Through TheDirector, his Digital Studio, he has directed, shot, and edited content for advertising agencies and Fortune 500 brands. Chatmon’s career began in 2001 with the Sundance selection of his NYU thesis film, “3D”, starring Kerry Washington. His most recent short film, “BlackCard”, premiered on HBO, and his narrative podcast, “Wednesday Morning” engaged voters around the 2020 election. He is developing several episodic concepts and feature films while booking episodes for the upcoming cable, broadcast, and streaming seasons. His podcast, “Let’s Shoot! with Pete Chatmon” is available on YouTube, iTunes, and all podcast platforms. His debut book, “Transitions: A Director’s Journey and Motivational Handbook” was recently released by Michael Wiese Productions, publisher of the world’s best-selling books for independent filmmakers. 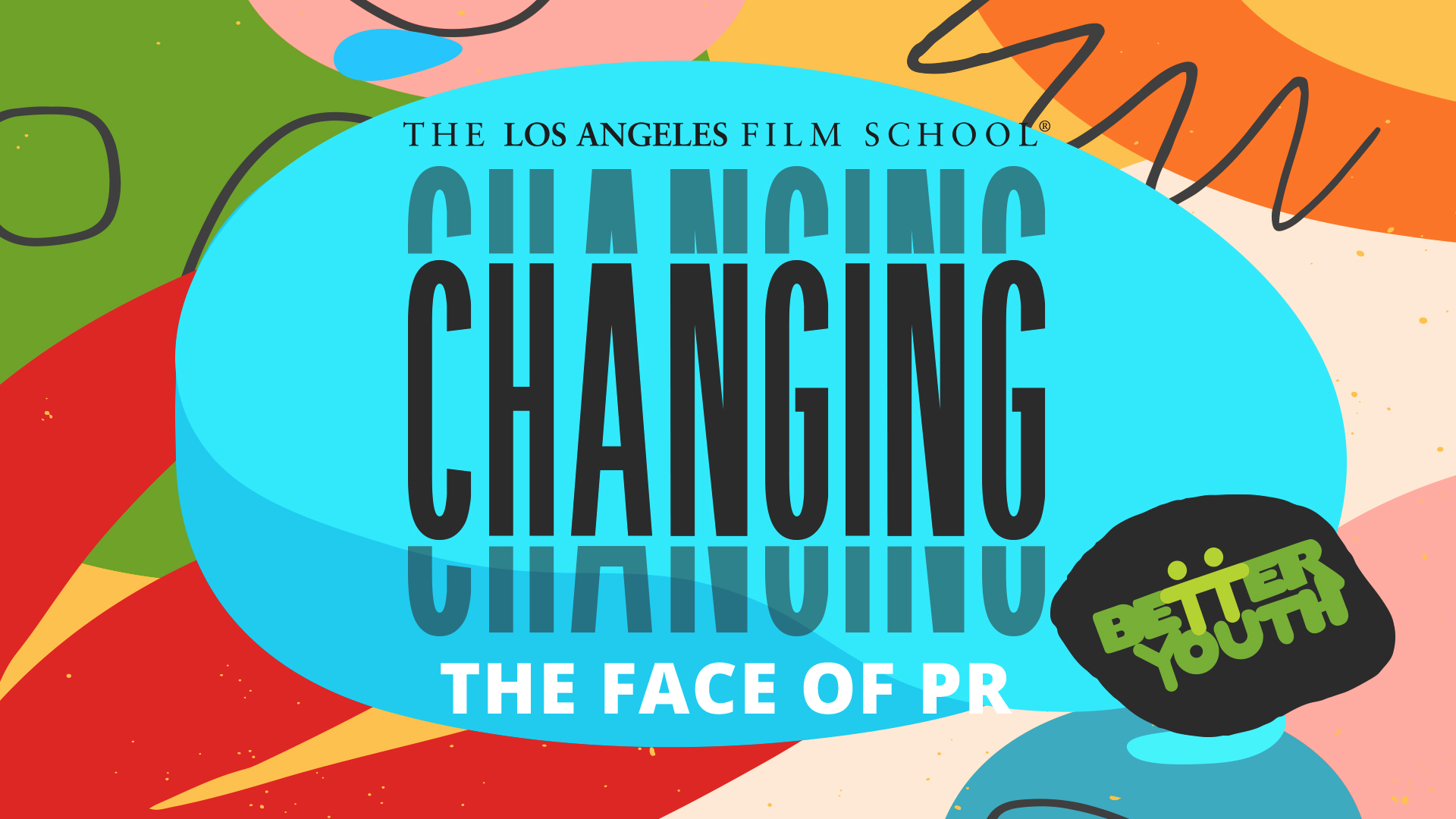 Changing the Face of PR Panel

Join us for a roundtable discussion featuring black executives from Warner Media, Netflix and Starz. In their roles at these companies, these execs focus on inclusivity, while elevating the importance of authentic and intentional representation in the industry. 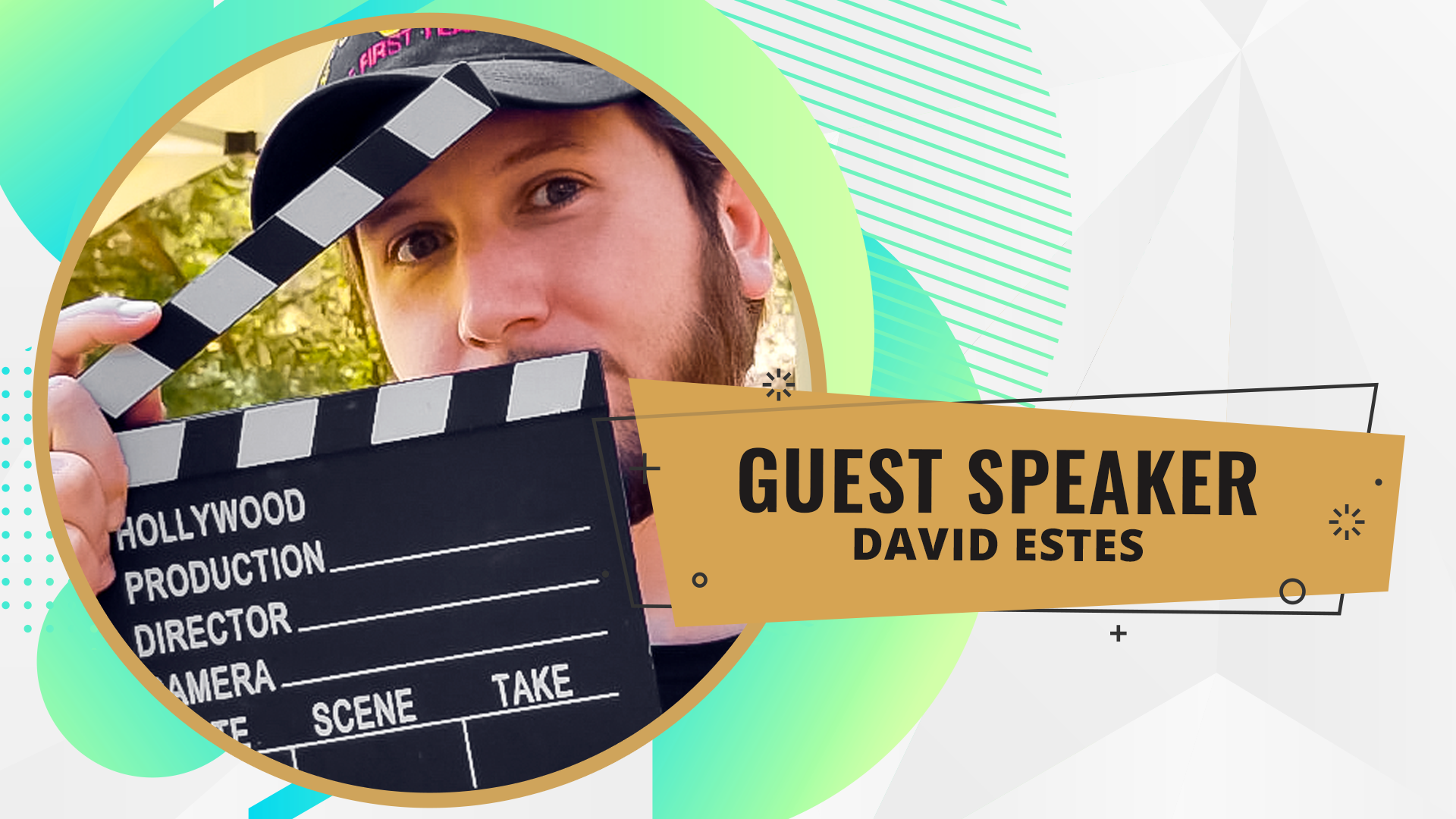 Join us for this upcoming Virtual Chat Part 2 with Alumni and Game Creator, David Estes! Learn about the dos and don’ts of creating a video game! See the concept turned to reality in his game, Animation Studio Manager, which is a strategy/management simulator that pits you against the industry’s top Producer and your ultimate rival – your Mother!

Check out his game and work! 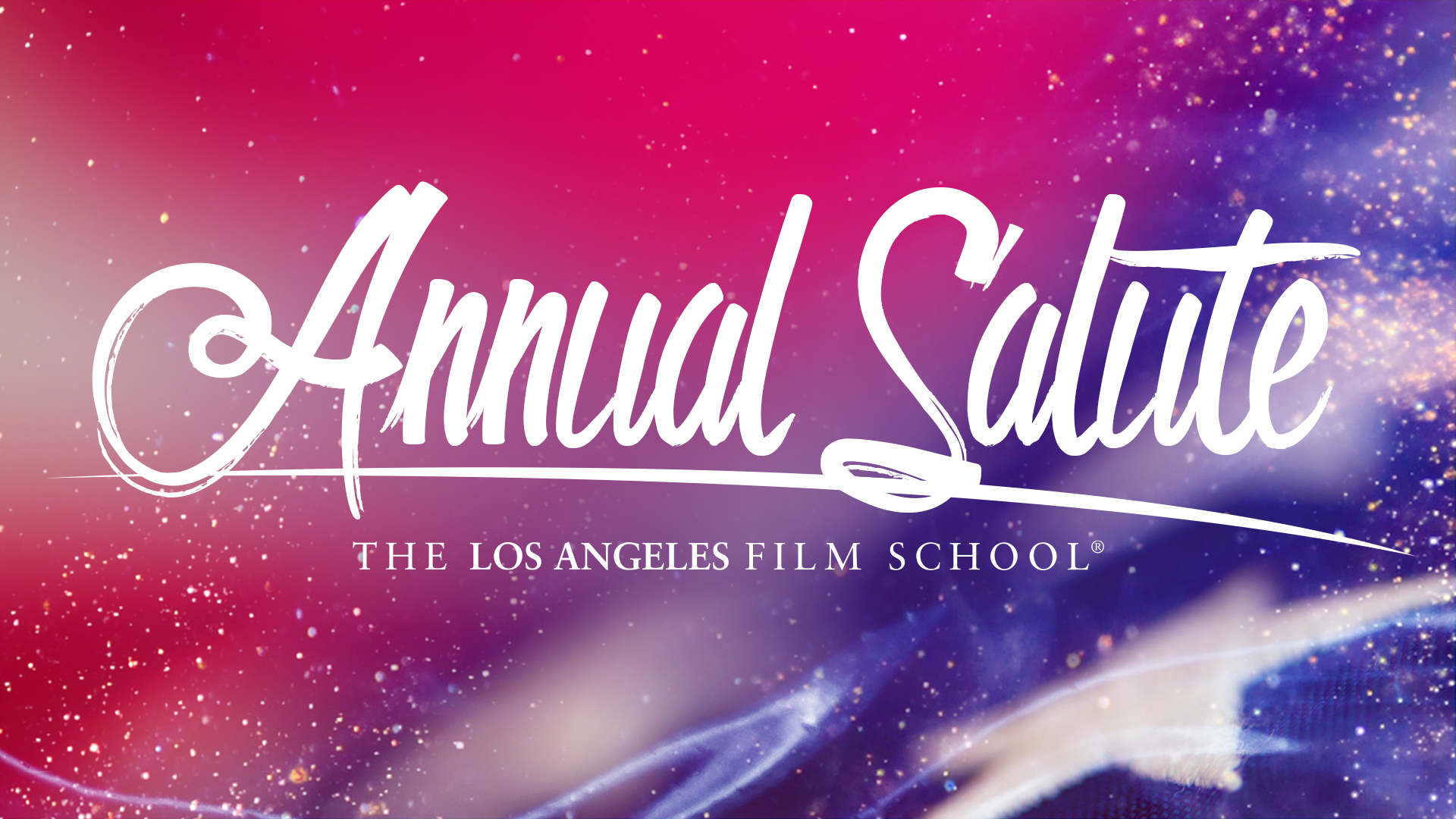 The 12th Annual Salute to Veterans in Entertainment

Join us as we honor our veterans and active-duty military community for their sacrifice and service to our country. Our host for the evening is Heather Hope, TV News Reporter for CBS & The CW San Diego. The celebration will kick off on Friday, November 12, 2021 at 5:00 p.m. PST. 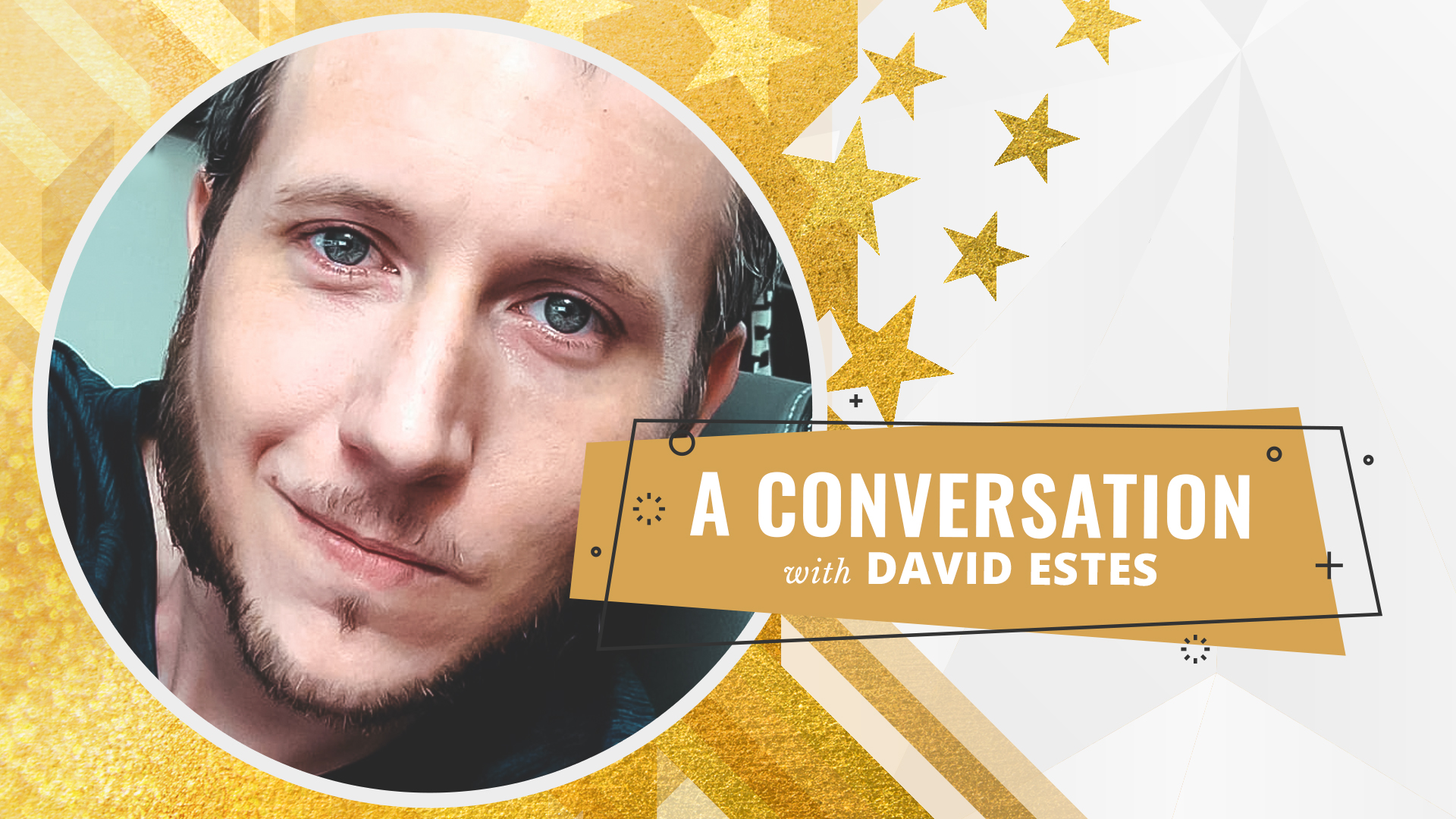 Join us for “Military Conversations” feature Animation alumni David Estes, as we catch up with him and learn about his journey in the world of animation and his latest projects.

Check out his game and work!

Exploring the World of Multicultural Marketing with HBO

Don’t miss our exclusive virtual conversation featuring Jessica Vargas – Director, Multicultural Marketing, at HBO and HBO Max, in her role, Jessica focuses on inclusivity while developing authentic and intentional campaigns that reflect the diverse world that we live in. With the launch of HBO’s ambicultural movement and campaign, Pa’lante!, she is helping to shape the future of HBO and multi-cultural marketing. You won’t want to miss this chat!

Jessica Vargas is director, Multicultural Marketing, at HBO Max and HBO, working across the HBO Max portfolio, responsible for the strategic and creative oversight of targeted marketing efforts and business initiatives to the network’s Latino audiences. This includes HBO, HBO Latino, and all of HBO’s digital platforms. ​

Among her most recent accomplishments at HBO Max and HBO, Jessica led the successful launch of HBO Max’s new audience initiative, Pa’lante! an always-on social platform to engage the Latinx audience with the purpose of representing, celebrating, and empowering the community and ultimately driving retention, loyalty, and viewership growth. She also recently spearheaded the launch of “Are You Listening?” a content series inspired by the HBO award-winning series Habla and the Pa’lante Promise, a way to support Latino creatives through a partnership with WarnerMedia’s OneFifty. In the past 3 years, she has also launched a Latino Stand-Up competition, a Latinx Short-Film competition, and a New York City school program bringing the arts to students of color.

​Jessica joined HBO as a marketing associate, Affiliate Operations, in 2010, where she was responsible for the development and implementation of provider-specific print and media campaigns for acquisition and retention marketing activity related to segment marketing, documentaries, sports, retail and new product launches. In 2012, Jessica was promoted to marketing manager and in 2015, the Multicultural marketing team was restructured and placed under the Consumer Marketing division of HBO.

​Before her career at HBO, Jessica worked at Reader’s Digest and Parenting Magazine where she partnered with sales reps to respond to RFPs, offering and executing merchandising proposals for such brands as Neutrogena, Kraft, Motts, Pepperidge Farm, and Clorox. At Reader’s Digest she got her first taste of Hispanic Marketing when she developed custom integrated marketing presentations for Selecciones and selecionnes.com, the Hispanic magazine part of Reader’s Digest.

Jessica holds a BA in International Business with a minor in French from The State University of New York at New Paltz. She is a member of Chi Alpha Epsilon (XAE), Educational Opportunity Program National Honor Society. For more information, please visit www.vargasjessica.com.

Don’t miss our exclusive chat with filmmaker Danny Hastings. Danny created the Official Latino Film Festival in 2015, in response to the lack of Latinx representation in Hollywood films and TV shows. Its mission is to showcase, nurture, and support the emerging creative Latinx filmmakers who produce, direct and/or write their films in the United States. 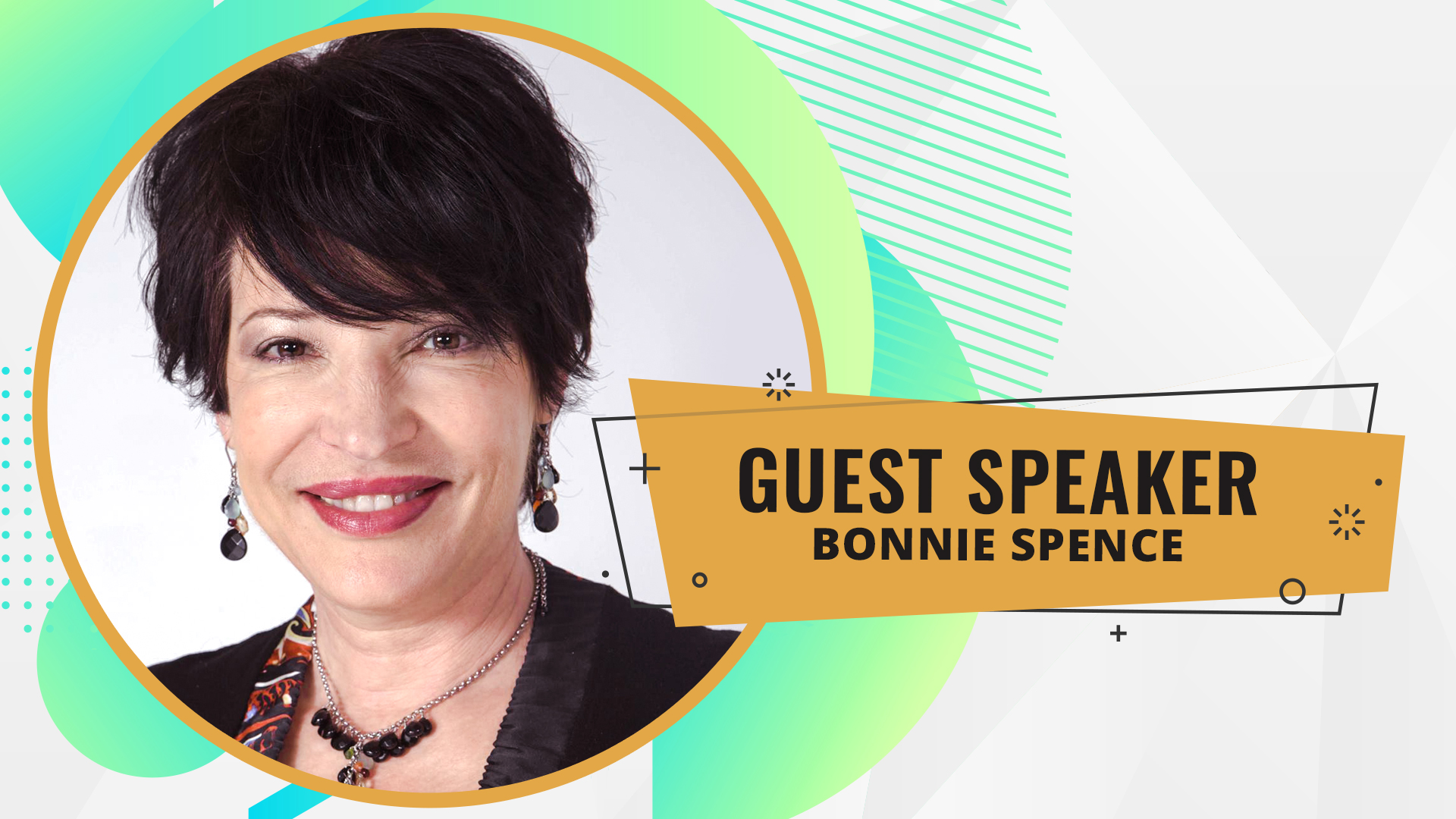 Bonnie is an Emmy winning producer and former Vice President of Special Features and original documentary films for Warner Bros. Through the creative collaboration of HBO, DC Entertainment, The CW, Bad Robot, TNT, A&E, among other networks and clients, Bonnie has executive produced well over one thousand hours of quality documentary and advertising related entertainment. Her work covers subjects ranging from the archetypes of our American mythic traditions, highlighting such characters as Superman, Batman, and Wonder Woman, to the deep dives into ancillary and elevating thoughts surrounding powerful shows such as HBO’s Watchmen, and Westworld. This event will be moderated by Instructor, Donna Loyd.

DANNY FERNANDEZ is a writer, actor, producer, and songwriter. He is currently working on season 2 of ICARLY on Paramount Plus with previous writing credits including: DIARY OF A FUTURE PRESIDENT for Disney+, LOVE, VICTOR on Hulu, and Eva Longoria’s GRAND HOTEL on ABC. Danny was selected for the 2020 LATINXT List, a groundbreaking initiative founded by Zoe Saldana, Lin-Manuel Miranda and Robert Rodriguez, recognizing and elevating breakthrough US Latinx creatives.Danny was born in Miami and is a first-generation Cuban-American. A graduate of NYU Tisch School of the Arts, he has been seen as an actor Off-Broadway, and on Nickelodeon’s iCarly, ABC’s Mistresses and Seeking a Friend for the End of the World opposite Steve Carrell. After noticing the lack of authentic Latinx representation on TV and Film, Danny decided to dedicate himself to writing that material himself. He quickly fell in love with writing and telling stories that were true to his experiences as a first-generation Latino-American.For three years, Danny was the sole writer for the annual Imagen Awards, which included reworking the opening of Hamilton to honor Lin-Manuel Miranda and writing for Rita Moreno, Kenny Ortega, among others. Founded by Norman Lear, The Imagen Awards celebrate the positive portrayals of Latinx characters and stories in TV and Film. As a director, Danny produced and directed portions of Todrick Hall’s Visual Album, Straight Outta Oz, which currently has over 7 Million views on YouTube and reached #2 on the iTunes Pop Music Charts.Danny has written extensively for non-profits, creating videos that are viral hits which star Pauley Perrette (NCIS), Verne Troyer, Kat Graham, and Anika Noni Rose. His other projects feature Mariah Carey, The Roots, Dr. Cornell West, and Al Sharpton, surrounding issues regarding Civil Rights and Racial Justice as a public health crisis.

SAL CALLEROS is an LA native who started out as a graffiti artist in high school and college. He graduated from the ABC Writing Fellowship in 2006 but his first true writing job was for the Domestic Violence Clinic in the San Fernando Courthouse. After also working three years as a Family Law paralegal, and a court interpreter -he transitioned into entertainment. He started as a research analyst at FX and then as a Media Planner at a Hispanic marketing agency. Sal also has a beautiful family, that provides entertaining and challenging culture clashes that fuel his creativity!

MARIA ESCOBEDO is a native New Yorker, living in Los Angeles, who writes for both live action and animation. Her writing credits include Grey’s Anatomy, Hulu’s East Los High, plus Madagascar: A Little Wild for Dreamworks, Nickelodeon’s Santiago of the Seas, and Disney’s Elena of Avalor! She’s a 1st generation Latina raised in NYC’s Washington Heights, (yes, she was raised: In The Heights!) and she spent her summers with family in Miami and Puerto Rico. After film school, Maria co-wrote and directed, Rum and Coke, an indie film, and wrote a movie for Disney Channel, Lifetime (co-wrote), and developed a half hour single cam pilot for Nickelodeon. She recently co-wrote and developed an hour-long dramedy pilot for ABC. Maria has also written and sold pilots in the animated kids space, (Disney, Nick, Amazon, Netflix, Universal Kids, Dreamworks, PBS) earning a Humanitas nomination. She has a degree in film from NY’s School of Visual Arts, studied screenwriting at NYU, playwriting at The Puerto Rican Traveling Theater, and earned a TV Writing Fellowship from ABC/Disney. Maria served as Chair of the Latino Writers Committee at the WGAW for 5 years.

ABOUT OUR MODERATOR:
ANGELICA FIGUEROA has more than 17 years of experience as a screenwriter. In 2019, she received an award for best script in Marbella’s Film Festival for the feature film Sofia. She has worked as an educator for more than 10 years and writes for independent projects for television and film. During seven years she worked in public television overseas. In 2020, she earned a master’s degree in Instructional Design and Technology. She is passionate about teaching and making a positive difference in students’ lives. 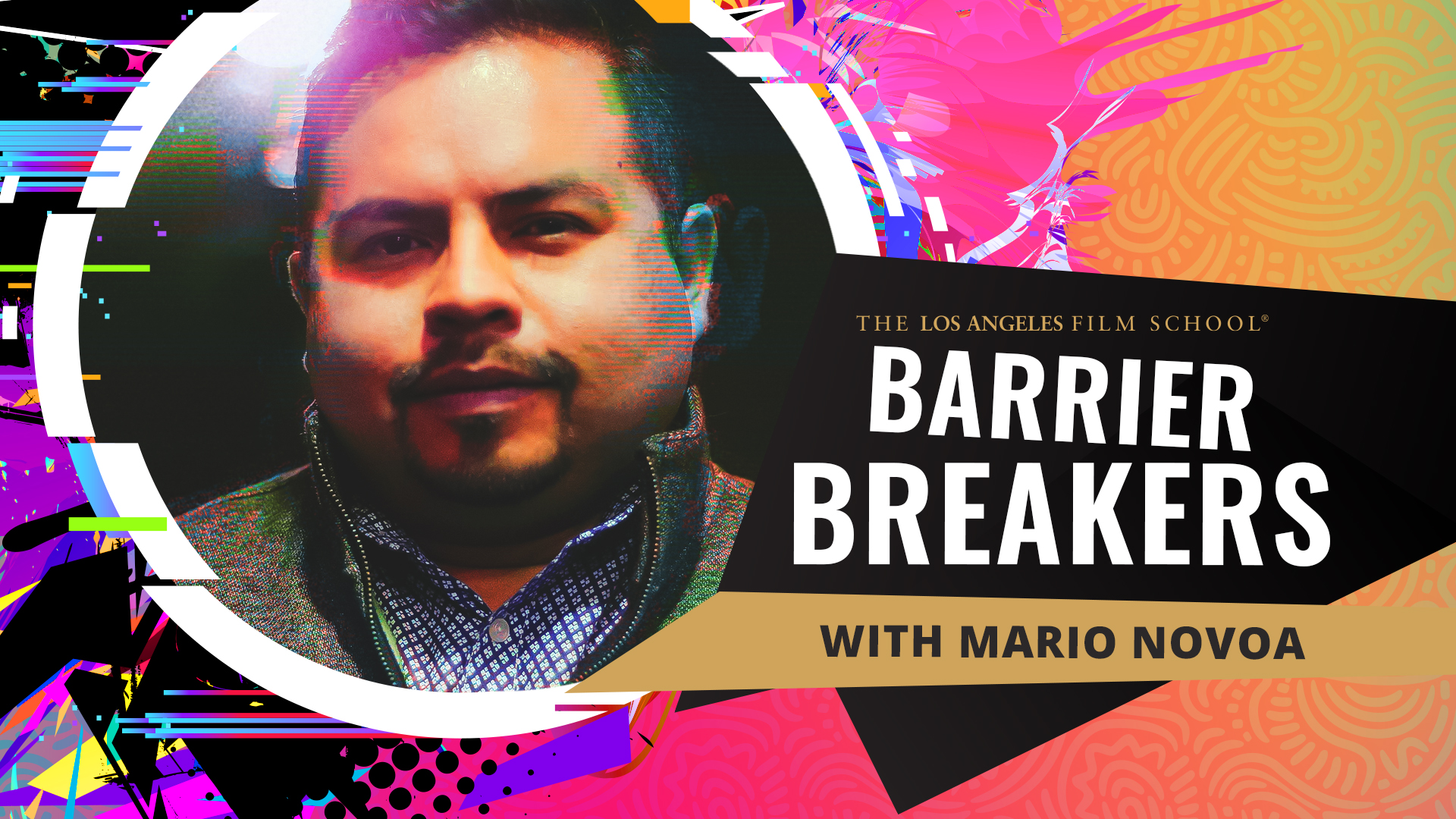